An Artful Afternoon in Queens pt 1 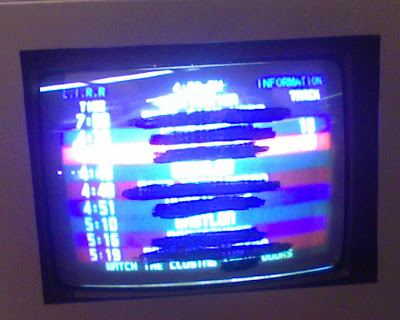 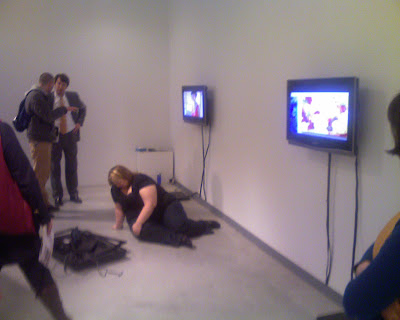 We went to the Fisher Landau Center for Art in Long Island City and LUCKED OUT!

We were there for the opening of Columbia University's 2009 M.F.A. Thesis Exhibition (May 3-23, 2009). It was so refreshing, enlivening and wonderful to share all this work with Chris and Anne there. What a great way to get back in the swing!

Women, multimedia and empathy were the strongest forces at play for me in my viewing. My favorite artists, as of this writing, were:
Columbia MFA Davida Nemeroff Einat Amir Fisher Landau

Popular posts from this blog

I and I Survive: Man of Conciliation 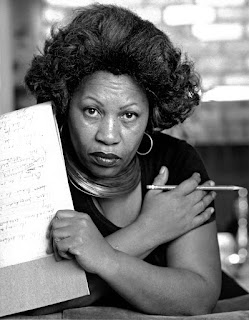 In 2019 the living earth lost a giant. Toni Morrison died. The week she died I had just watched the new documentary about her life The Pieces I Am (2019). It is an artful, art-filled documentary, complemented by artist works, from Mickalene Thomas to Hank Willis Thomas to Jacob Lawrence. Mickalene Thomas did the opening credits. Please check it out. In the film, at one point, Morrison starts to talk about the use of the idiom of the “American Melting Pot.” Morrison makes a gesture with her hands as if to caress the vessel, adding that “Black people are the pot.”

Well, at least that's the way I remembered it right after the film. Morrison further amplifies and qualifies the idea, adding that it is how everyone else relates to African-Americans by which being American is truly defined. It felt like a light going on; not unlike the first time I heard that the melting pot metaphor itself is in fact a concept used to suppress labor: namely, if you do not allow the Irish to be Irish th…
Read more 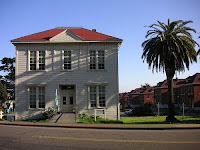 Last Friday I had a great MAGNES day. I went to go meet with Mike Linksvayer at Creative Commons with Perian Sully and Francesco Spagnolo, with whom I work at MAGNES.

The office was cool and very low key, on Second Street in a building that felt like an old converted loft office in SoHo. So much about the meeting made me feel like a kid again, making my way in NYC in my twenties.

Francesco showcased some of what he had developed for delivery through flickr and other applications, namely the Jewish Digital Narratives.

Mike dug what we were doing and encouraged MAGNES to connect with Fred Benenson and others with Creative Commons, maybe even to be part of a Creative Commons Salon in S.F. Schuh-weeeeet. Dig it -- Benenson helped to found http://freeculture.org/. I blogged about that sh^t an' MAGNES a looooong time ago. Last October even...o.k., not that long ago.

From Creative Commons we drove on to the Presidio to join the Internet Archive Friday lunch. Perian helped get MAGNES i…
Read more

The importance of government funding to SJMA and you

Community and advocacy are at the heart of the Museum’s work. With that in mind, I wanted to write with a few updates and to keep you apprised of the Museum’s accomplishments, especially at this time of change in our nation.
Government support is so important to the San Jose Museum of Art. The Museum has received critical support from the  National Endowment for the Arts’ Artworks program for several of our recent major exhibitions—including Border Cantos: Richard Misrach| Guillermo Galindo(2016) and Postdate: Photography and Inherited History from India (2015).
These competitive NEA grants support opportunities for the public to engage with “diverse and excellent art” across the country. They play an instrumental role in enabling mid-sized, community-based institutions like SJMA to develop and present ambitious original projects.
It is similarly thanks to a 2015 generous grant from the Institute of Museum and Library Services…
Read more